Dos and Don’ts After Donating Blood 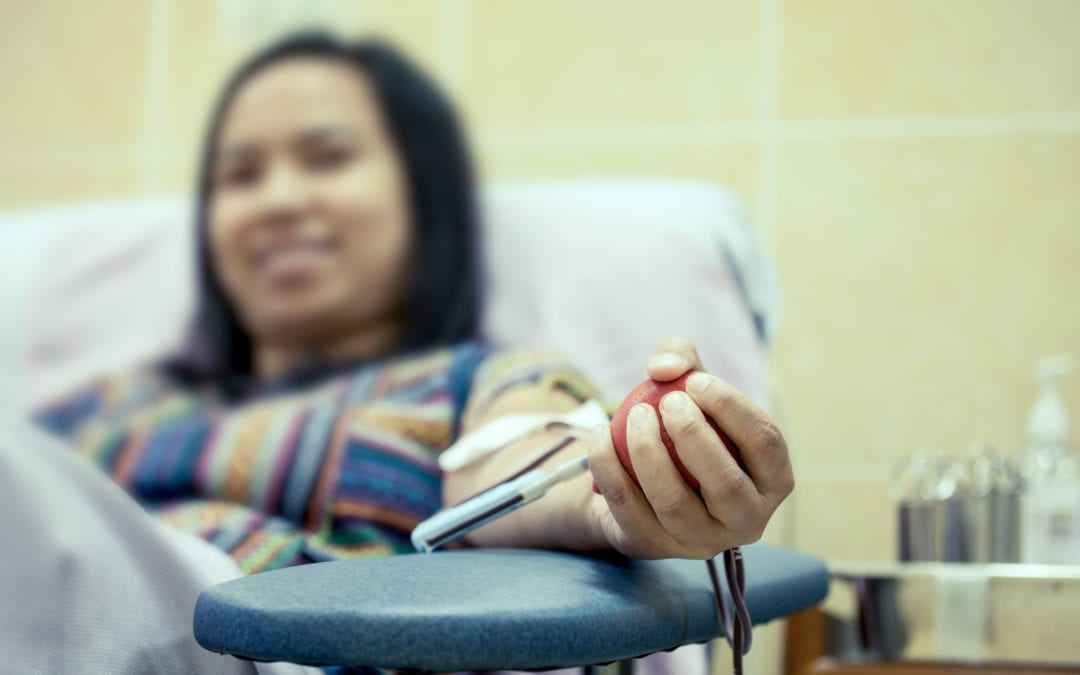 Donating blood goes a long way in saving lives, but it can also lead to some discomfort or side effects for the donor. Taking the right steps after donating can help to prevent problems.

Hospitals require stores of donor blood every day because they need to use it to keep people alive while treating injuries or performing surgeries. When there is a shortage, it can cause hospitals to stop performing procedures until they can get more.

That is why it is important for hospitals to have a constant supply. Blood does have a shelf life, so it is impossible to store supplies for long periods of time. Regular donations can help and it can be easy if you keep a few tips in mind.

Your diet will have a big impact on how you feel after donating. If you plan on donating blood, it is best to eat foods with plenty of iron, like spinach and red meat, which your body will use to produce new blood after the donation. We encourage donors to drink an extra 16 ounces of water prior to donating. This will help to prevent fatigue and dizziness.

It is also important to watch your diet after you donate. Most clinics will provide sugary snacks after the donation. This helps to keep you from getting dizzy or having other problems due to low glucose levels. Staying hydrated is also vital because water is one of the most important components of blood. Donors should aim to drink more water than normal after the donation to make sure that their body has everything that it needs in order to replenish the donated blood.

Don’t: Exercise Too Much

Exercise and manual labor increase the circulatory system’s workload, and it will struggle after a donation. We encourage people to take it easy for a day or so after donating to make sure that they can recover. Nausea, dizziness, and pain can all be signs that a person is pushing themselves too hard after donating.

Those problems can also occur for people who spend too long on their feet, even if they aren’t doing anything that involves too much exertion. Even something as simple as standing up too quickly can cause problems for some donors. When in doubt, it is best to err on the side of caution.

We advise donors to stay away from alcohol until they have fully recovered from their donation. It can be very easy to feel the effects of alcohol after donating because there is less blood to dilute the alcohol in your system. Donating blood increases the risk of dehydration, which doesn’t mix well with alcohol. Blood volume recovers fairly quickly for people who stay hydrated, so most donors will be able to handle alcohol 24 hours after their donation.

People who smoke after donating blood can experience increased dizziness. Falling can lead to serious injuries, so it is best to avoid smoking for several hours after the donation to avoid that issue.

Do: Spread the Word

Blood is a vital medical necessity and there is a constant need for donors. Donors can do a lot of good simply by encouraging other people to donate as well. It is fairly easy to bring it up in conversation, and there are plenty of people who only need a little nudge to convince them to donate for the first time.

Clinics often hand out stickers or pins as a badge of pride for donors, and we encourage people to wear them as a way to advertise for blood drives. Every little bit helps, and anything that keeps the blood supply recurring can help to save a life.